UCT’s EXO coating technology and our FailZero aftermarket kits for AR15 and 1911-style firearms have been the subject of extensive independent, public-sector and private-sector testing. And they’ve never failed to impress the organizations and individuals performing the evaluations.

Among the highlights of the recent tests and reviews:

In this rigorous course of fire incorporating such real-world variables as moisture, dust, and dirt, an M4 carbine equipped with EXO-coated FailZero components competed “dry” (without any lubrication in the action whatsoever) against two standard M4 carbines, one of which was “properly lubed,” the other “over-lubed.”

After thousands of rounds of ammunition, the carbine with the FZ kit repeatedly outperformed the standard M4s in both semi-auto and full-auto modes.

The test concluded that FailZero kits “will result in a reduction of malfunctions, and provide the added benefit of a reduction in cleaning time and lube costs.”

UCT’s FailZero AR-15 Basic Bolt Carrier Group has been tested and recommended by the members of the National Tactical Officers Association. Our overall score was a 4.55.

Here are actual rankings (on a 5-point scale) and comments from Tactical Officers who were evaluating our AR-15 bolt carrier group.

TESTER 1: A police officer from Ohio.

COMMENTS: When the FailZero Bolt Carrier Group arrived, I was a little skeptical. I’ve been using weapons for quite some time and have seen claims before that rivaled this and never panned out. The EXO Technology and the dry lubrication factor were amazing. I ran the bolt group through two different weapons within 5 minutes of one another for a total of 600 rounds. Not a single jam or stoppage occurred. I could not get the magazines in the gun fast enough. The FailZero people have definitely introduced a great product here. Give the system serious consideration, with more weapons platforms in the works this will definitely add to the reliability factor while shooting.

TESTER 2: A police officer from Pennsylvania.

COMMENTS: I tested the FAILZERO AR-15 Basic Kit which is an EXO coated complete bolt and carrier and hammer for the AR-15. FAILZERO is a trademark of UCT Arms, and EXO is a trademark of UCT Coatings. Basically, and I am simplifying it, the FAILZERO kits are mil-spec replacement parts that have been coated with EXO technology. It is proprietary and patented nickel boron plating that is harder and more wear resistant then chrome plating and has a lower coefficient of friction. In many cases the EXO is harder than the surface that it is on. Their statement is that no lubrication is needed on the treated parts. The color of the coating is kind of light gray chrome. On a standard direct gas impingement system most of the moving parts are in the lower receiver and the bolt group. The one flaw with this system is that hot gases and unburned powder are blown all over the bolt group and inside the carrier and onto the bolt. After prolonged use, dirt builds up and restricts the movement of the bolt and bolt carrier. The EXO technology reduces the surface friction so much that lubricants are not necessary. Also just like Teflon is non-stick for food, the dirt does not stick to the EXO coated parts. I believe that the hammer is coated because the bolt carrier cocks the hammer as it extracts the spent case from the chamber. The hammer spring pushes the hammer up hard into the bolt carrier. Coating both parts further reduces the friction between the bolt carrier and the hammer. Also wear between the moving parts is equaled out.

Testing of the FAILZERO AR-15 basic was straightforward. After I followed the installation instructions included with the kit. If you can field strip an AR-15 then the bolt carrier installation will be simple. The hammer is also simple, just one pin to push out, remove the existing hammer and replace with the EXO coated hammer. Install the hammer spring and orient it correctly, then replace the hammer pin.

I tested (shot) the FAILZERO over a number of trips to the range. I did not clean the bolt carrier and bolt or the upper during the testing (I did clean the bore after every trip to the range). I fired a little over nine hundred rounds in total before submitting the review there was no malfunctions what so ever. Although I did not clean the bolt carrier I noticed that the buildup of soot and unburned powder wiped off cleanly just from touching it. Much of the shooting was done while the host weapon was suppressed. A suppressor increases the backpressure and blow back around the bolt carrier and bolt, as well as into the magazine well. More blow back means more dirt!

I believe that the FAILZERO system would have continued to function well beyond the round count that I was able to achieve in the allotted time.

I have read about and owned many firearms with specials finishes to include nickel, hard chrome, Np3, Black T, TiN, TiCN; some worked better than others. Some looked good but did nothing more than that. From what I have read and my limited experience with the EXO coating, it could become the coating of choice. 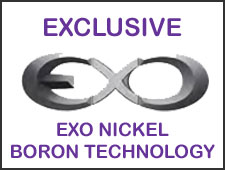 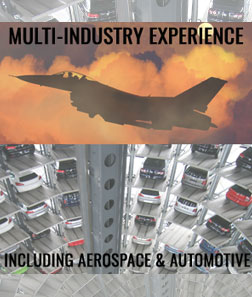 Go to Top
CLICK TO CALL
FOR PROMPT INQUIRY REPLIES, FILL IN YOUR DETAILS BELOW